skip to main | skip to sidebar

Posted by Senator Bret at 9:17 AM No comments:

Tra
Posted by Senator Bret at 4:52 AM No comments:

Posted by Senator Bret at 6:09 AM No comments: 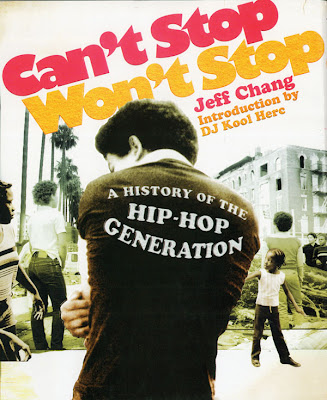 Veteran rap writer Jeff Chang has crafted the definitive book about the hip-hop generation. This is the most intricate study about the rise of hip-hop and how it has altered public thought and practice. Chang’s overwhelming research of regional and international issues illustrates why South Bronx youngsters created the four elements that created a global phenomenon.

He traces the borough’s neglect back to poor urban planning, which drove away middle class whites and created minority housing. City planners wrought havoc on the Bronx, splitting it with roadways and leaving buildings to rot and burn. When you don’t have much, you make the most of what you have. You create.

Chang’s retelling of hip-hop’s infancy offers the book’s illest passages. Utilizing the memories of originators like Kool Herc, Bambaataa, Flash, Crazy Legs, Charlie Ahearn, Fab 5 Freddy and dozens others, he recreates the atmosphere on the page. After setting the scene by tracing ghetto creationism, he moves to Jamaican street music’s role in the sound system and record craft. He then delves into the New York gang traditions that spawned the tag and the up-rock, which morphed into a unified hip-hop style.
Chang’s omission of clothing styles, lingo and trends leaves room for discussion of the socio-political issues that revolve around the self-creation, and later exploitation, of the culture.

The light prose describing the park jams disappears as hip-hop gets discovered by Manhattan culture vultures, record executives and the mainstream media. Chang’s writing becomes stoic and urgent when he gets to Ice T’s “Cop Killer” situation, Rodney King and the riots and 2 Live Crew’s bout with the First Amendment. His telling of rap’s entrance into the mainstream is nostalgic, but also revealing about black art in America. Chang proves this in his unbiased telling of breakdancing’s appearances in film and television, graffiti’s gallery trade explosion and the record label engineering of rap stars.

The book loses some steam in the end, as it focuses on contemporary youth activism. While interesting, he does not draw the proper comparisons between hip-hop and the motivation for America’s youth to be socially conscious. After all, a lot of kids are buying the records Kool Herc seems to hate. -Bret Duchen
Posted by Senator Bret at 6:32 AM No comments: 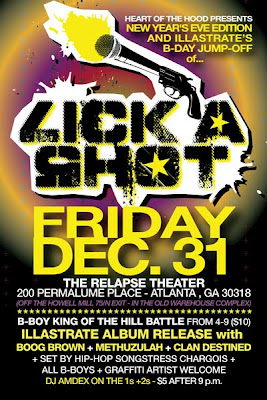 Peep the flyer for a good time.
Posted by Senator Bret at 7:56 AM No comments:

Posted by Senator Bret at 5:13 AM No comments: 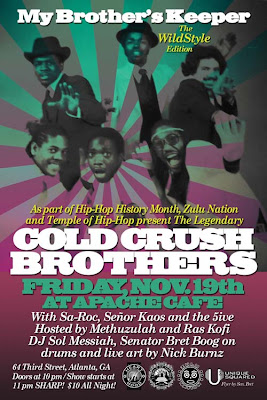 I'm tremendously excited about this show. I jumped at the opportunity to design the flyer and was honored to be invited to play drums at this historic event. The homey Methuzulah is always on the grind and came up with a real banger this time. If you run in the ATL undergound you already know this. The Cold Crush Brothers are legends. They're among the handful of people that actually created hip-hop. They helped form the style, attributes, conventions, etc. They got yanked by the music industry in rap's infancy, but mainted an incredible amount of credibility. Atlanta's indy rap stars will also be appearing so make sure you're there to celebrate Hip-Hop History Month.

Posted by Senator Bret at 1:48 PM No comments: 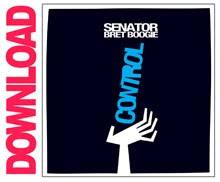 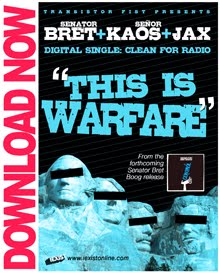 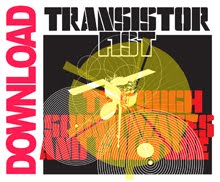 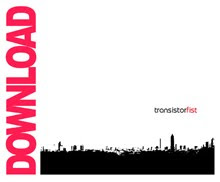